Add the ease of Kick Up fin technology to your Hobie kayak with the latest Mirage Drive GT Kick Up drive assembly. Unlike previous versions of MirageDrives, the new Kick-Up fins literally kick up in the event of impact so you can skirt over obstacles with breeze and reduce the chance of fin damage.

The Hobie MirageDrive GT Kick-Up drive features the updated fin shape which is noticeably more efficient offered with previous GT drives. And thanks to the Kick-Up system they are likely to last a lot longer before needing to be replaced as well (and say goodbye to bent masts).Hobie have also redesigned the sprocket for this drive, which no longer relies on an outhaul block to attach to the fin, reducing friction of movement on the sprockets. This has made the pedaling noticeably smoother and more efficient than previous GT versions. In fact, this is without question the smoothest MirageDrive Hobie have ever built.

With a solid stainless steel sprocket shaft and now with Kick-Up fins, redesigned cranks (stronger, easier to adjust leg length) this is certainly the toughest MirageDrive Hobie have built yet! What this drive lacks in the ability to go in reverse (see the MD180 if you need that) it makes up for in pedaling performance, durability and reliability. 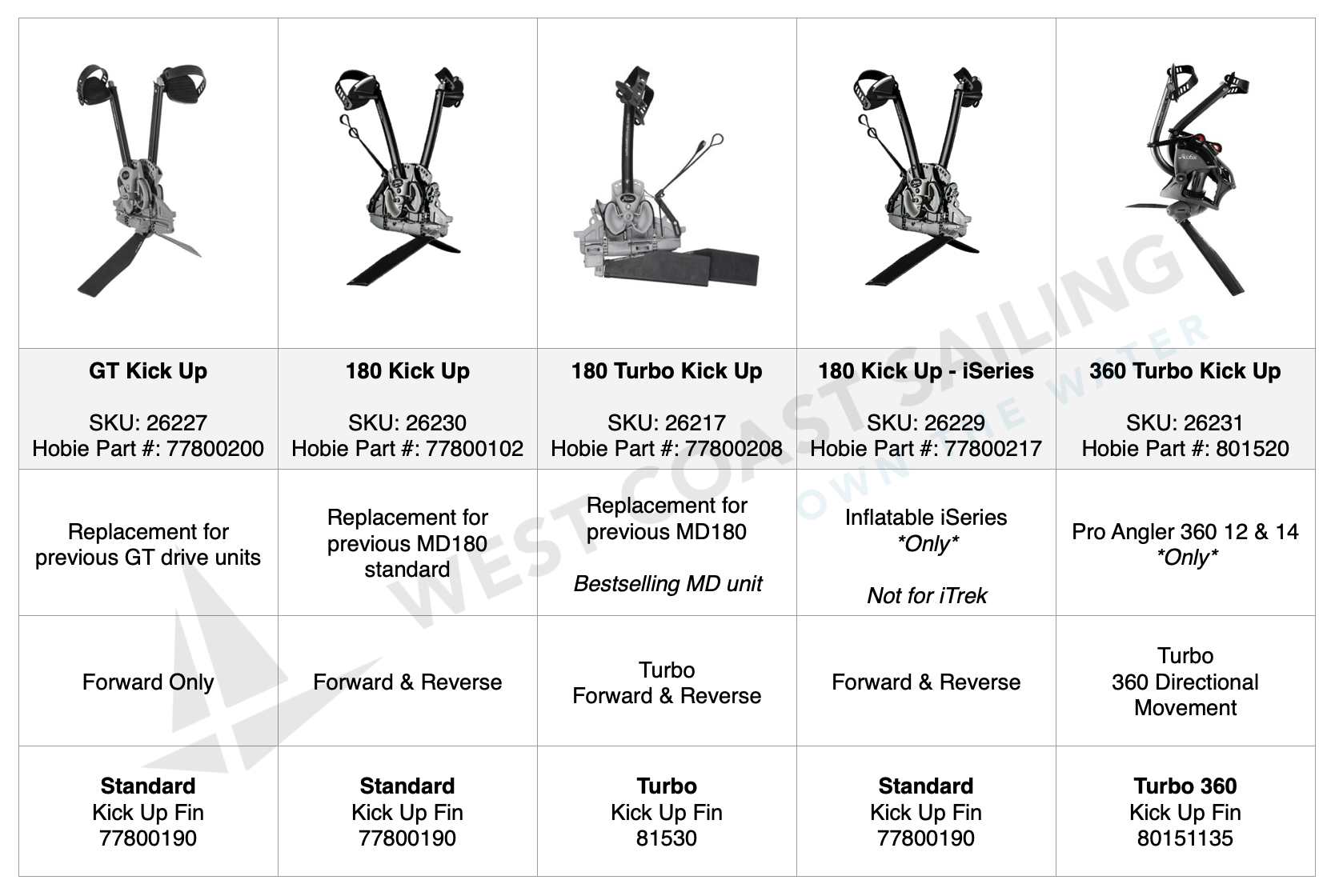